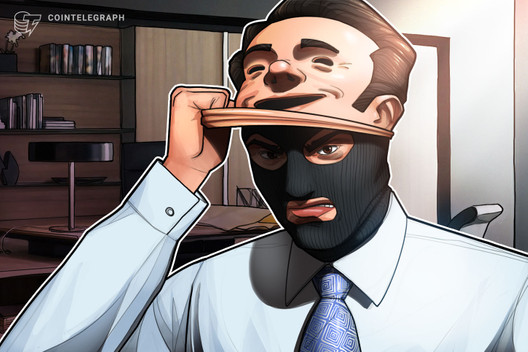 A former Steem witness, who is also a prominent member of Korea’s crypto community, spoke to Cointelegraph and shared proof that he received death threats from a Hive user ahead of Steem’s 0.23 hard fork.

The former witness, who has requested to remain anonymous, told Cointelegraph that he stepped down shortly before the 0.23 hard fork due to constant threats targeted at him and his family:

“I received direct threats from a Hive user based in Korea who said he would come to my house at night if they had the time and put feces on my door. Users also wrote ‘dead’ in chat groups (discord channels) threatening me and other Korean witnesses. The threats were getting out of control and dangerous, so I stepped down as a Steem witness, along with many other Korean witnesses who were vulnerable.”

The former network validator mentioned that he is only a Steem user now, noting that there are enough Steem witnesses to keep the Steem blockchain safe. “I know that we are trying to find ways to improve the Steem blockchain and get it in a better direction moving forward,” he said.

Dan Notestein, CEO of crypto exchange Blocktrades and a former leading Steem witness who is now one of the core Hive validators, told Cointelegraph that although he isn’t aware of the actual text sent to the former Steem witness, he believes that many Steem witnesses resigned due to legal matters rather than threats. He said:

“It’s my belief that the real reason that a bunch of Steem witnesses all resigned is because they feared legal retribution (which I think they had been threatened with), but they didn’t want to admit that this concerned them.”

Notestein further commented that “it’s my understanding that one of the account owners whose STEEM was stolen was another South Korean who objected to the behavior of the Steem witnesses.” That being said, he noted that a threat was possible due to this behavior. He added:

“I suppose it’s understandable if he said something in the heat of the moment in an attempt to stop them from stealing his STEEM. But if so, I seriously doubt that the individual in question planned any violent action. I don’t think anyone involved really thinks there’s any violence planned on the part of anyone in this dispute. I think the Triple.aaa team is doing their best to ‘save face’ after promoting theft, then backing down at the last minute due to concerns of legal liability, and I think they wanted an excuse to do so, so they latched on to the argument that they felt threatened by ‘heavy threats.’”

0.23 hard fork a result of witnesses at odds

The former witness also claims that Steem’s hostile 0.23 hard fork occurred as a result of Hive unfairly attacking the Steem community. Things started heating up when Hive launched a successful hard fork on March 20. Once the chain split, HIVE tokens were airdropped to STEEM holders at a 1:1 ratio, excluding the founder’s reward.

The former Steem witness noted that some players from Steem were also excluded from the airdrop during the Hive hard fork. Hive claimed that these accounts were excluded because they opposed decentralization. However, the former witness explained that this wasn’t true.” They excluded the users who were at odds with the old witnesses before the Hive hard fork and mediated between Steem and the previous witnesses,” he said.

He further noted that following the Hive hard fork in March, the network’s stability was undermined through different nodes. There was also automated spamming across the Steem blockchain. Additionally, he claimed that threats from Hive users have been made to a number of Steem community members.

“Hive just as decentralized as Steem”

While the Steem blockchain struggles to regain its footing, many of its users have begun migrating to Hive. The most popular decentralized application on Steem, Splinterlands, recently migrated to Hive. The move resulted in the number of daily transactions on Steem to drop below Hive’s for the first time.

The Steem blockchain also powers the popular decentralized social media platform, Steemit. Steemit community members have noted that they are migrating to Hive to share content, particularly those based in the United States. YouTuber Lea Thompson — better known as “Girl Gone Crypto” — told Cointelegraph that she has started putting content on Hive, noting that Steemit has recently deleted some of her videos for no apparent reason. She said:

“Hive better represents my values by providing true decentralization, content ownership and lack of censorship. Besides, the whole point of a social media platform is to be ‘social,’ and it’s pretty clear that most of the community engagement is happening over on Hive.”

Although most of the Steem community is moving to Hive, the former Steem witness explained that the Hive blockchain is just as decentralized as Steem: “Different witnesses are taking control of the stakes from the Hive community while running the blockchain itself. What doesn’t change is that the big stakers have a larger voice on the blockchain versus others.” Notestein, however, begs to differ, mentioning, “The entire Steem blockchain basically functions as a centralized ledger now, because of the huge stake controlled by Justin Sun.”

Is DPos to blame?

According to a recent report from Binance Research, delegated proof of stake, or DPos, enables higher network throughput. However, the report states that DPos causes decreased decentralization, since it’s based on a network maintained by a small group of users. Both Steem and Hive rely on DPos consensus mechanisms. In the case of Steem, twenty actors, or node operators, are responsible for maintaining the chain. Following Steem’s hard fork, many of these players moved to the Hive blockchain.

“More than $35 million dollars worth of STEEM tokens were transferred to Blocktrades at the time. He now controls the Hive blockchain. I think the Steem blockchain had been an oligarchy system under the control of a few Steem witnesses, like Blocktrades.”

“On the Hive network, Blocktrades implemented an image server because they were not able to use the Steemit image server. This costs about fifty thousand dollars to implement, and they are asking for these funds from the SPS on Hive. Additionally, someone is communicating with various exchanges to list Hive tokens, which will cost at least thirty thousand dollars from the SPS on Hive.”

Notestein told Cointelegraph that SPS is a general purpose fund, which is now called “Decentralized Hive Fund.” Notestein explained that it’s funded by coin inflation, and Hive stakeholders can vote on proposals that need capital. He elaborated that “proposals don’t even have to be Hive-related, but many of the proposals are.”

Notestein further mentioned that one of the current voted-in proposals is to pay for an exchange liaison named Justine, who will keep the exchanges informed of changes, marketing procedures and promotional events. That being said, he noted that Hive has never paid for an exchange listing:

Lead engineer of decentralized finance platform Kava, Kevin Davis, told Cointelegraph that concentration of ownership of DPos tokens on exchanges will eventually threaten the security of DPos: “dPoS systems that have enthusiastic users, committed investors, and ‘hard-to-fork’ code will do best, while others may be effectively taken over by exchanges.”

Like Steem and Hive, Kava relies on a DPos consensus mechanism, however, Davis explained that DPos is bad for neutral platforms such as TRON, which recently formed a partnership with Steem:

“For governance of a single DAO/application (Kava, Band, Aragon), I think dPoS is a pretty effective form of decentralization. In my opinion, it comes down to the fact that the validators (block producers, node operators, etc), need to be incentive-aligned with the developers and users of the system. For a DAO, that seems possible. For a neutral smart-contract platform, I don’t think it is.”

Interestingly, Andrew Levine, the former head of communications and advocacy at Steemit, told Cointelegraph Magazine that while he strongly believes in the potential of the Steem blockchain, the “blue collar work” of producing blocks shouldn’t get mixed in with other functions, as “it’s debatable as to whether it’s the right way to design things,” adding that “the problem with Steem is that everything is connected.”

Although this is the case, Davis mentioned that the split between Steem and Hive was handled correctly up until the initial vote where exchanges voted against users’ wishes: “In my opinion, it’s on communities to find the line for what is and what is not an acceptable hard fork and exchanges should generally honor the wishes of the community.”